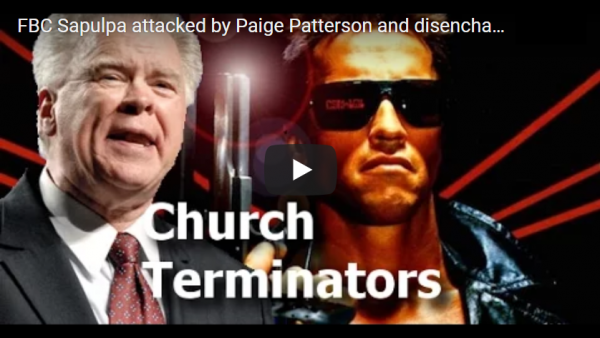 EDITOR’S NOTE: This story is not connected to FBC Sapulpa’s own rape cover up.  More information on that story is available here: Child rape, cover up and death.

FBC Sapulpa called out the littlest big gun the SBC has to offer this side of Al Mohler.

Paige Patterson visited FBC Sapulpa in 2015 in an effort to help straighten out the “rebellious” congregation who were vehemently opposed to the implementation of the Calvinist 9Marks system.  As of the time of this writing his sermon that day can still be found on the church website.  It is filled with a number of bizarre remarks that are not exactly sermon on the mount material. He makes unsolicited and uncalled for references to being armed with a gun while addressing the church.  In the altar call he “prayed” for members of the church to come repent of their gossip.  After the service he addressed the senior adult ladies in the church parlor and proceeded to threaten them with exaggerated preacher stories.  He claimed that in his churches when he was the big boy in charge he would make the gossipy widows come forward and repent before they were allowed to partake of the Lord’s supper.

The overall opinion was that this guy was a sleaze.  (An idea that was later reinforced by this revolting video uncovered by FBCJaxWatchdog.) While Patterson is openly anti-Calvinist he is not opposed to 9Marks. In fact, his appearance at the church gave comfort to some who were uneasy with the Calvinist slant of the 9Marks system and ultimately doomed the church.

We have decided to release a few posts from our church members’ blog area because they may be helpful to others.  They cover FBC Sapulpa’s run-in with Paige Patterson and also Paige Patterson’s close association with Mark Dever of 9Marks. They are listed below.  Depending on interest, more may follow. 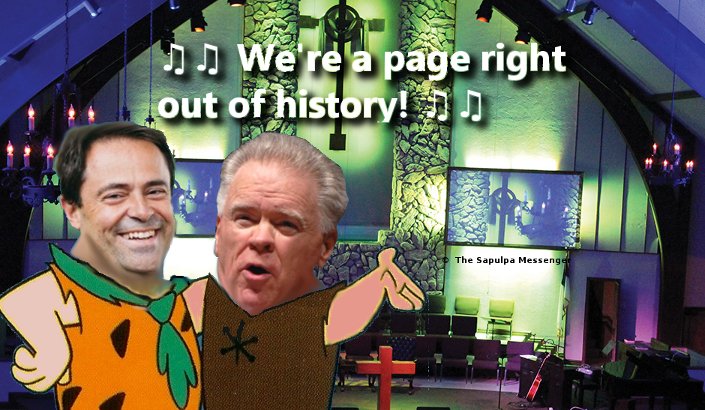 Videos. Keep in mind these were targeted for our local church that was dealing with a Calvinist 9Marks takeover:

Anyone with similar Paige Patterson stories are encouraged to write in and let us know.