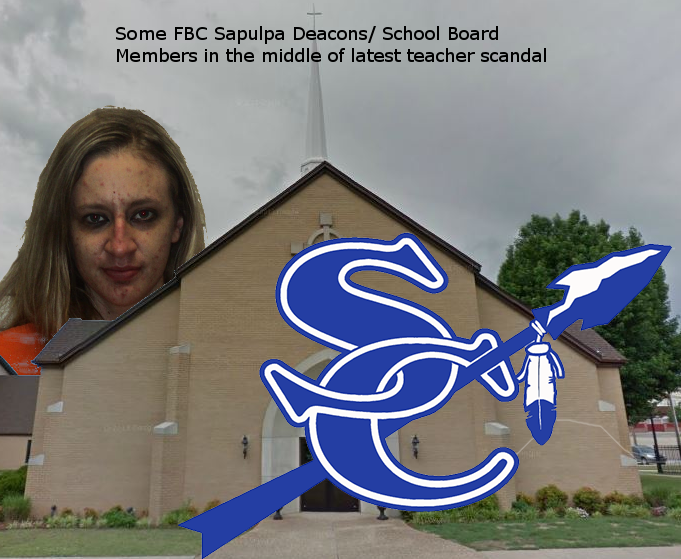 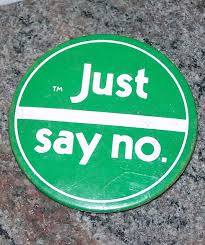 We received word tonight that one of the FBC Sapulpa deacons behind the 2014 bond issue scandal involving the illegal use of church funds and resources may have yet ANOTHER conflict of interest to report.

Today, May 3, 2017, we saw the arrest of a 27 year old Holmes Park Elementary 2nd grade teacher. She is alleged to have had loaded syringes in her purse which contained meth and heroin. As of the time of this writing, reports indicate the Sapulpa Public Schools administration was made aware of this teacher’s meth problem as early as 2015.

Also, records obtained from the Creek County court (here and here) show that an influential FBC Sapulpa deacon has had an unusual connection to the rouge teacher. These documents show the teacher was living in rental property owned by this deacon/School Board Member. (This is yet another conflict of interest.) Further, in September of 2016 this deacon, while setting on the School Board, initiated an eviction on this teacher and began receiving wage garnishments from the teacher’s employer… Sapulpa Public Schools.

The SPS administration was sent complaints and incriminating pictures way back in 2015 of this teacher smoking a meth pipe. Copies of this email complaint can be seen here (courtesy of Micah Choquette, The Sapulpa Times):

Our question is why was this dangerous woman, someone desperately caught in the clutches of an evil drug, allowed to remain alone with 2nd graders? Why wasn’t she dealt with properly and why didn’t she get the help she needed?

If she was providing a source of rental income to one of the Sapulpa Public Schools Board Members would it really be in his best financial interests to terminate her employment with SPS? Clearly not, especially since he was receiving wage garnishments from SPS so long as she was employed there. That’s another conflict of interests!

Remember this same deacon was a proud charter member of the FBC Sapulpa discipline committee who investigated any complaints of “gossip” and worked to eliminate a large segment of the membership that were critical of the elder-controlled agenda. People who opposed cases of corruption just like this can scarcely be found on the campus of FBC Sapulpa. Long-time members may also recall his staunch support of a Calvinist preacher that was fired by FBC Sapulpa several years ago. Now many are wondering why this deacon has been allowed to take the helm of a church he once angrily departed.

Alas, this question may be easily answered. There is yet another Sapulpa School Board member and FBC Sapulpa deacon who was instrumental in exploiting the church membership directory for campaign purposes in 2014. Because of their close business ties to other deacons’ personal businesses we don’t expect to see any action taken. Confronting these powerful local businessmen would result in retaliation against fellow deacons who, in many cases, depend on them for their own business success. There are some who oppose these shady dealings but they are in the minority and will not be taken seriously unless they receive the backing of the church membership. But where has the church membership gone?

FBC Sapulpa has recently revised the FBC Sapulpa deacon manual to include exceptions for multiple wives and exceptions to allow deacons to consume intoxicating beverages. In light of this does FBC Sapulpa intend to alter the Biblical prohibition on being “greedy for money” and “blameless” as well?

Likewise deacons must be reverent, not double-tongued, not given to much wine, not greedy for money, Holding the mystery of the faith with a pure conscience. But let these also first be tested; then let them serve as deacons, being found blameless. Likewise, their wives must be reverent, not slanderers, temperate, faithful in all things. Let deacons be the husbands of one wife, ruling their children and their own houses well. –1 Timothy 3:8-12