It’s true, this church had a run in with a Calvinist pastor several years ago that pretty much made that doctrine a four letter word for the average congregant.  Since then, anyone that wanted to get within a mile of a paid position at the church had to practically tattoo the word’s “ANTI-CALVINIST” on their forehead.  Unfortunately, search committees and most members don’t understand what it means beyond the actual label and Calvinists are quite sly at how they answer the question.  Consequently, it’s anyone’s guess what we’ve really wound up with.

Let’s just make our position crystal clear before we go on. The Sapulpa Messengers detests Calvinism and considers it the opposite of the Gospel… It’s “bad news.”   A Calvinist reading this website may think we’re not elect and we were created for the express purpose of going to Hell to please their god.  To that we say, “We have blessed assurance.  Do you?”

IS THERE A CALVINIST AGENDA?

For a staff and a ruling board of deacons who disavow Calvinism and a church that doesn’t want to flirt with it, there sure are some strange things going on…

For starters, there is 9Marks.  This Calvinist system was listed on the church’s website for a time until the leader drew fire for the obvious reformed slant they were promoting.  This system had been pushed by him at a previous church, specifically the concept of church discipline.

Then, there  is the repeated attempts at shifting FBC Sapulpa to an elder-led Calvinist form of polity.  This presby-congregationalism mimics the oppressive system John Calvin set up at Geneva that resulted in the murder of Michael Servetas and others.

Then, there are the doctrines of a staffer which are a matter of record and are actual petals of the TULIP.  For example, a staffer who formerly pastored FBC Elmore City listed “Total Depravity” (the “T” in TULUP) as a belief on the church’s website when he was there.  These exact beliefs were copied from his mentor’s church at Trinity Norman and have been preached from the pulpit at FBC Sapulpa.  Both men argue against Calvinism, one ever wrote a book against it, but their teachings and practices are overwhelmingly Calvinist.  No wonder their churches are so confused.

Also, there is the issue of the Calvinist Gospel Project Sunday School curriculum.  For TWO YEARS this material was pounded into the minds of the adults and children despite complaints from the congregation that it was a Calvinist Trojan horse.  The resources and links for high school and college students was to overwhelmingly Calvinist websites including those of creepy Calvinist John Piper.  Those in charge refused the repeated calls to switch to something else.

Then, let’s not forget the boxes of Calvinist systematic theology by Wayne Grudem that were passed out in paperback form to new believers and unsuspecting disciples throughout the church by two staff members.  This was done at a study called “The Doctrine of God” implying that the reformed writings of Charismatic Calvinist Wayne Grudem are somehow valid to us as Baptists.

Lastly, we had a deacon who, years ago at a business meeting, rose to arduously defend an admitted Calvinist pastor that wanted to discipline church members who opposed him on the TULIP.  The church fired the pastor.  This deacon got mad and left at that time and has since returned and is one of the top rulers on the shadowy deacon board.  He also recently helped form and steer the new discipline committee that has harassed widows and other seniors into leaving the church.

We don’t honestly believe it is the primary agenda to convert this church over to Calvinism.  What is obvious, though, is that we have leaders that don’t give a rip about doctrine and are willing to incorporate whatever junk theology they can find that affords them the power they desperately want.  Calvinism is more than the TULIP.  Calvin’s doctrines on church government and oppressive discipline are seldom identified points of a much darker system that is used to enslave an otherwise free people.  Dever, Piper, Spoul, Mohler, are all quoted heavily in the material that was being taught at FBC Sapulpa and these Calvinist men are major proponents of the hierarchical system we currently live under.

We’ve been flooded with Calvinist garbage from the people we expected to guard us from it.  Whatever their shallow personal theologies may be is of no importance now.  They have proven to us that it is not about Calvinism.  It is about control. 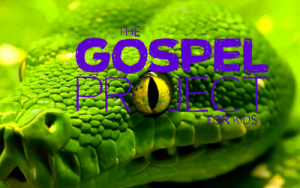 For more  info check out: The Subtle Secrets of the Gospel Project.