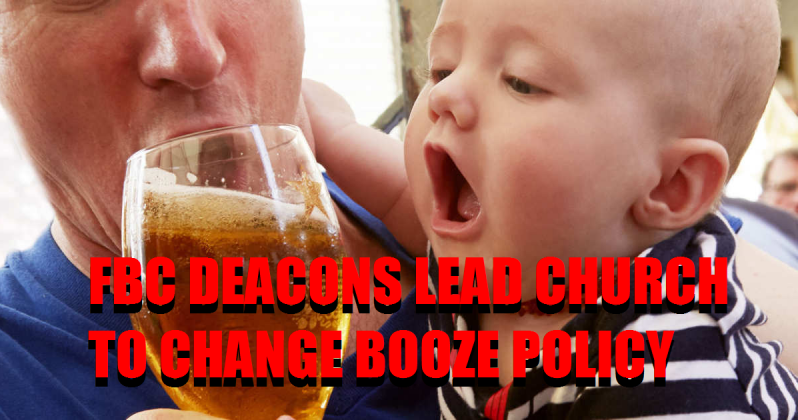 [Editor’s Note:  This is just one of the problems with the new FBC Constitution.  This issue is so reprehensible we’re taking it on first.  However there is another dire threat that stands to fulfill every one of our prophetic warnings from the last two years.  Elder Rule is coming!  More on this later…]

If you’re missing your copy of the new deacon manual  here is the pertinent section quoted below.

Exact language from the proposed FBC Deacon Manual [Our comments in blue.]

Section 4: Listed below are specific passages extracted from the English Standard Version (ESV) of the Holy Bible and the interpretations of these passages as accepted by the membership of First Baptist Church of Sapulpa.  [this says that you agree with the interpretation of the scripture below…]

c. ii. Trait -Not Given to Drunkenness 1. Interpretation -While this does not specifically require total abstinence from drinking, a deacon should keep in mind that to further a personal ministry, God may require voluntary abstinence. (1 Cor 8.)     [Notice the new interpretation of the church is that deacons can be drinkers. They may need to abstain for their “personal ministries” but otherwise they can hit the bars and the clubs and be in total compliance. Also note that while the quoted passage plainly condemns “drunkenness”, the FBC Sapulpa interpretation makes no mention of drunkenness! What a deficient interpretation!  Either way, this is clearly designed to allow our drinking deacons to come out of the closet without repercussions.]

We have a historic vote coming up at our November 2017 business meeting.  The Constitution, which has been called “the DNA of the church”, is undergoing a face lift.  What will emerge from under the knife is NOT a refreshing young house of worship.  What we will have  is a further disfigured beast of a country club, sneering at the community that is watching it embarrass itself.

Despite what you have been told, you are not voting on an innocent little change. You are being tricked into endorsing something that is selfish, self-serving, and shameful.  With all the “open and honest” explanations of the Constitutional tweaks somehow our leadership forgot to mention one major change. Buried deep within the new deacon manual is the dirty little secret everyone is talking about. In November, you’re voting to give your church deacons the authority to go boozing. 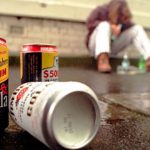 For nearly 100 years it was plainly understood that if you were going to serve as a deacon at FBC Sapulpa you desired to be sober and abstain from alcohol.  Our deacon body refused to dabble in drugs, alcohol, or other mind altering chemicals. Instead of promoting them, our deacons sought to help those hurt by these evils. Sometimes this meant confronting an alcoholic or encouraging him in his sobriety. Sometimes it meant ministering to his battered wife.  Sometimes it meant consoling those left behind after their loved one’s substance abuse problem reached an abrupt end.  In our proud history, FBC deacons and members have helped many men and women battle the demons of alcoholism and they did this as if it were their Christian duty.  It was just one of those things that we used to do.

In writing this post, the question keeps creeping up,  “Do we really need to explain this? Really?”  Have you been so mislead by your leaders that you’re seriously okay with this?  Does anyone really need an explanation of why Christians should flee from mind altering substances?  Outside of medicinal purposes, like what was the case with Timothy (1 Timothy 5:23), is it really necessary for our deacons to be fooling around with intoxicants?

We could take up a considerable amount of space in this post railing against the evils of alcoholism.  We could explain that Christian liberty is not a license for negligent behavior.  We could warn you that leaders who drink, teach others to drink by their examples.  We might even tell you that for some people who are genetically pre-disposed to alcoholism, all it takes is that first little drop to flip that switch from sober to drunk for the rest of their life.  (How’d you like to be the one who helped them fall into that?) But all these things you know.  So we ask you church, have you forgotten?

Rather than relearn something we all should know well, let’s back up and examine just why our leadership has decided to get behind the wheel of this horrendous change in policy.

You deserve to know just how bad this problem has gotten.  So let’s not beat around the Busche… 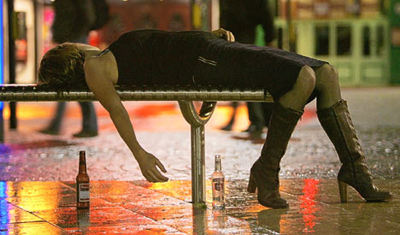 The first thing to understand is that there are deacons (and their wives) who actively promote drinking intoxicating substances at FBC Sapulpa.  They don’t just drink privately. They’re encouraging others they barely know to have a swig now and then.  One woman teaches it to her Sunday School class and women’s classes.  No man on staff has had the guts to challenge her on it for fear of her explosive temper and love of her riches.  One deacon has told numerous people that he feels boozing is perfectly fine and has advocated for this change in the Constitution.  One deacon has taught his family to proudly display their liquor in the front room of their house.  This deacon’s liquor assortment, showcased in plain sight, makes a powerful statement to visitors as he sponsors FBC pool parties for young couples, children and teens.

One deacon couple pictured in a photo leaked to us from one of their friends on a social media account reads “Drinking real Moonshine at [name withheld’s] at Blue Ridge, Texas”.

And yet there is more.  There are also people employed by the church who actually own and operate beer making equipment.  That’s right, they have a brewery and they’re proud of it.

These are not isolated cases.  Other elite deacons, those who have been dubbed the rich young rulers, have been known to hit the sauce as well.    Some drink only with their customers in order to “seal the deal” on a sale.  Others only drink at company parties.  Still others hit the bottle out at the ranch with close friends.  They’ll tell you they’re being responsible.  And maybe some of these boys can walk the fine line between tipsy and sloshed.  Regretfully, these Baptist frat boys’ wives are much more reckless.  When they get together for a night out, they splash their booze pictures all over the internet for God and everyone to marvel at.  We know because we’ve seen them here in living color.  A number of damning photos have been gleaned from various social media accounts and sent to The Sapulpa Messenger. Sadly, though not unexpectedly, included among these are even pictures of these deacons’ underage teenagers holding open containers of alcohol!  Is this what it means to be an “apt teacher”?  If you say you’re teaching your children to be “responsible drinkers” you’re lying to yourself.  What you’re really doing is teaching them to be functional drunks.  Please, for their sake we implore you, just stop!

Let us take a brief moment to speak to you, deacons and your wives, just in case reality has somehow passed you by.  Here is a fact: Many people have seen you drinking your fine wine while you indulge yourself in the fanciful artistic experience in Tulsa’s socialite district.  Did you know just a few miles away from your party, under the I-244 and Cheyenne Ave overpass lay filthy men and women who have forsaken all just to hold on to their precious booze?  Their only source of warmth, and love, and comfort, and everything they live for is the bottle that they clutch tightly to their chest.  You probably looked the other way when you drove by as they lie there, blissfully inebriated on a pile of discarded urine soaked clothes.  If they followed you and your friends to the “Paint n’ Sip” at The Painted Lyon, would you call the police on them?  Would you do a good deed and throw some money at them?  Before you look down your nose at these fellow humans, how about you force yourself to look them in the eyes and see them as Jesus sees them.  Then find the courage to ask them why they’re there.  Maybe then you’ll be able to get a grip on why we oppose your selfish Constitutional changes. 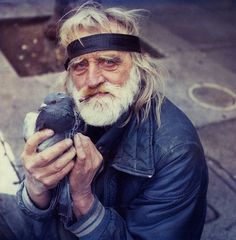 “Wine is a mocker, strong drink is raging: and whosoever is deceived thereby is not wise.”  –Proverbs 20:1

Church family, if you couldn’t tell, this problem has soaked deep into the deacon body like puke into a dormitory carpet.  They have their arguments to justify it but the question we ask is “why”?

Why must you make the members of this church vote to approve your life style?

If you want to be a leader, then lead in sobriety and abstinence.  If you are unable to put down your bottle, then do the right thing and resign!

Oh, and how many deacons have resigned lately?  Some of these good men are tired of fighting, tired of being lied to,  and tired of waiting for the church to pull their heads out of the sand.  They, like so many other members, are packing up and moving on.  The light is shining all around town but its getting dark and lonely at FBC.

If you are one of the few remaining members of FBC Sapulpa you need to make it a priority to understand something very important.  You, as an individual, are about to endorse something that is obviously wrong.  Unless you find the guts to oppose this Constitution and deacon manual, you will be a passive participant in the change that threw open the doors for the fruit of the intoxicating spirits.  It’s not acceptable to skip town on the night of the vote and then say “I didn’t vote for it.”  The time has come for every good man and woman to stand up for what is right. Grab your Bible.  Find your courage, and go vote. 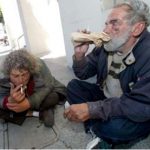 We’ve warned you before.  Part of living in a church ran by narcissists is that you will constantly have moral dilemmas thrown in your face.  This is no accident.  It is by design.  They derive sick satisfaction by making you forsake your beliefs, your friends and your family.  If you’re willing to slit the throat of your own conscience, then your heart truly belongs to them.  Can’t you see?  More than your money and more than your praise, they desire your unquestionable loyalty.

That way, while your rulers sip expensive Chardonnay in glasses, you’re left outside to finish off the Kool-Aid.

If you’re looking for an incredibly powerful explanation of the traditional Southern Baptist Position on alcohol, you should really listen to this sermon by pastor Adrian Rogers, former president of the Southern Baptist Convention.