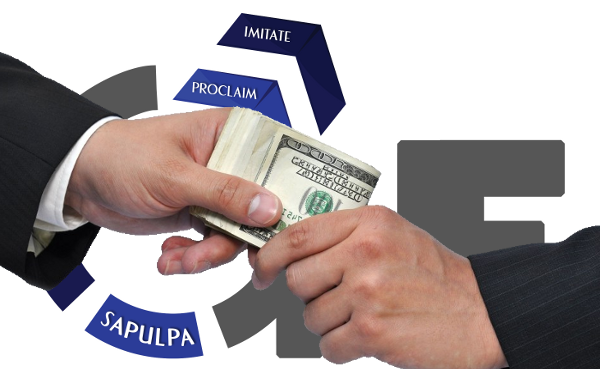 In 2014, the voters of Sapulpa were presented with the largest school bond issue ever proposed in the town’s history.  Up for consideration was a Sapulpa Public Schools bond issue for $40.5 million dollars.  The school board’s proposal required a 60 percent super majority of votes to pass.  Surprisingly, just days prior to the historic vote, the First Baptist Church of Sapulpa would weigh in firmly in favor of the bond issue.

A FBC Sapulpa paid staffer, acting on behalf of a request of a Sapulpa School Board Member utilized the private membership directory (considered a “mailing list” under IRS regulations) to contact members of the church to solicit their support of the bond issue.

Several church members reported to The Sapulpa Messenger that they received an unwanted pre-recorded  phone call preceding the historic vote.  We confirmed that the message, in the voice of a paid staff member of FBC Sapulpa, was indeed sent out using the church membership directory.  The church used its auto-dialer system paid for by the membership to ring hundreds of people in the directory.

The IRS is clear.   501(c)(3) tax exempt churches are prohibited from using the membership directories for one-sided political purposes.

Further, the content of the message revealed another major IRS tax-exempt violation by the church. The message directed members to the church “parlor” where a Sapulpa Public Schools board member was waiting to push the bond issue.  No time was given to anyone with an opposing view or any challenging candidates.

Why would a New Testament church devote so much time and so many resources towards pushing a public school bond issue?  We’ll tell you why…

Members of the School Board were members of the Board of Directors of The First Baptist Church of Sapulpa at the time.  This presents a serious conflict of interest and one they apparently couldn’t handle.  They quite obviously used their positions to direct the misuse of church funds in support of a tax hike that had nothing to do with the mission or function of a struggling church.

Here is what this all amounts to:

It’s also worth noting that, while there is a level of unethical and possibly unlawful mismanagement present in the church, most of the membership is unaware of where their tithes and offerings are really going.  They don’t assume anything like this is happening, but can no longer track these problems due to changes that moved accountability away from the members and to a small group of deacons or “elders”.

Similarly, the community of Sapulpa is largely unaware that these same ethics and irresponsible management practices are being carried over from the church board to the school board.

Speaking to the Daily Oklahoman in a 2016 article entitled Oklahoma Schools Accused of Squandering Millions on Bond Fees, the State Bond Advisor said,

“Some cities and towns also are paying exorbitant fees, but the school bond fees are most troubling because the school districts don’t have that kind of money to throw away… They don’t seem concerned.”

“Many school districts continue to do the same thing year after year, while stubbornly refusing to use cost-saving competitive selection measures.”

According to the State and the Daily Oklahoman, the list of wasteful spenders includes Jenks, Merritt, Watonga, Bridge Creek, Tuttle, Ada, Catoosa, Owasso, and Sapulpa.

The downtrodden members of the First Baptist Church of Sapulpa feel the frustration of the State Auditor and Bond Advisor.  They get to see a double dose of reckless waste from both their community and their church.

UPDATE 5/3/17:  One of the deacons on the board of directors for FBC Sapulpa and also the Sapulpa Public Schools Board of Education has been busted on a major conflict of interests directly involving the the teacher that was arrested for possession of meth and embezzlement. An update to this story is available here:  “Ethics Investigation Needed in Sapulpa Public Schools and FBC Sapulpa”.