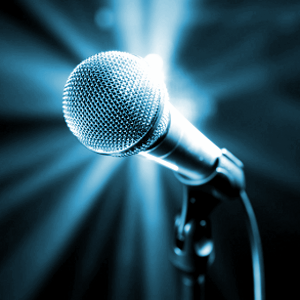 For almost 2 years The Sapulpa Messenger had operated exclusively as a private password protected blog and discussion area for the members of First Baptist Church of Sapulpa.  From the outset we decided that we would not make reference to anyone by name and that we would focus on the facts.  This has not changed.

We prided ourselves in our investigative reporting.  Our readers are some of the brightest people in the community and expect us to always published our primary sources so they could check things out on their own.

Of course this didn’t stop the church lords from claiming “the website is all lies” but their accusations never stuck with anyone who took the time to see for themselves.  Blog readers have watched the truth unfold before their very eyes time and time again.

Our site was private and references to First Baptist were masked to prevent damaging the church’s witness in the local community.  Though our written commitment to not putting people’s names out on the internet will not be changed, we have decided to make a deviation from our unwritten policy on shielding the church’s name.

What brought about this change?

While we had been warning you for years about the attempts by certain elites to control and intimidate church members with church discipline something even more extreme was about to take place.  In early 2017, the upper hierarchy of First Baptist Church of Sapulpa held a private meeting in the board room with a law firm and an angry committee member.  The result of this meeting would put this church on a path that few baptist churches have dared to tread.

Under the direction of the church staff, the membership was rounded up and only 3 people were allowed to address the congregation.   The entire event was carefully constructed to make an emotional appeal to a somewhat clueless and increasingly scared group of battered sheep.   Though much was said, and most of it inaccurate or spun, one chilling threat stood out with most everyone.  It can best be paraphrased as such:

“If you have anything to do with The Sapulpa Messenger, we’re going to sue you!!!”

The shepherds are preparing to eat their flock!  This ludicrous claim that somehow you can have your personal emails subpoenaed just by mentioning the blog is a SHAMEFUL scare tactic.  It was also a complete failure.  Thanks to the free publicity, our web traffic went through the roof for the month, shattering all previous records. Thankfully our sources weren’t bothered by the bogus threats either.

So with a group of control freaks now threatening legal action against the members of First Baptist Church of Sapulpa we found ourselves at a cross roads.  To continue could mean we would be defending ourselves against a corporation (FBC Sapulpa Inc) that has a 1.46 million dollar budget.  What were we to do?  Do we shut down the blog and abandon our readers to the maniacal whims of insane tyrants?  Do we risk being personally crushed by some of the most powerful and wealthy elites in Sapulpa?  Do we retract everything we’ve published and erase all the evidence?  After mere seconds of deliberation the answer was clear and unanimous at The Sapulpa Messenger.

It is time to double down.

Abusers love to do their work behind closed doors.  Their victims seldom seek help until the violence reaches a point where it can no longer be hidden.  Even then it may be too late.  Along these lines we realized that by shielding the church’s dirty abusive secrets from the community we were doing an injustice to those it has dominated and destroyed in the last few years.

We are taking a new approach.  The brutal machine that is driving First Baptist Church of Sapulpa Inc will now have to contend with the piercing light of public scrutiny shining directing into the stained glass windows.  No longer will people be victimized in secret.  No longer will businesses and politicians profit for being associated with this destructive beast.

Going forward, our private blog will remain private and for members only. As we have always committed, nowhere on any site will we publish the names of local church members ever. Period.

This public website however, will serve as a public warning about the tactics of the rulers of FBC Sapulpa to everyone in the community and the world.  If you must do business with this entity or its leaders, BEWARE.

Anyone that has dared to confront the lords about their corruption, incessant lying, illegal activities, immoral activities, or bullying has had their name ran through the mud.  This is possible again, because it has been confined to the frightened congregation’s private nightmare.

So with that, here is our Public Service Announcement to anyone outside the church that has a run-in with anyone in the aristocracy of First Baptist Church of Sapulpa.

If you have to speak with a staffer from FBC Sapulpa for any reason be advised that what you say is being recorded.  What you will be told about the church is a lie.  If they can use you they will and if they can’t… consider yourself lucky and run for your life.

Our readers, and a large percentage of the church knows what kind of dangerous people we are dealing with… it is our hope that you spend some time on this website and figure it out too.

The controlling faction consists of powerful local business owners and over-compensated staff.  For them, the church is a business tool used for business networking and personal gain.  Anyone that wants to be important in Sapulpa has got to play along with the First Baptist Church board of rulers.  Sadly, the funds of the church, which are amassed by shaking down a blue-collar congregation, are invested back into pet projects for these people at the top of the pyramid scheme.  This way they build even more influence in the community and it makes them more of a destructive force to anyone who challenges their reign.

This brazen elitist attitude is what led to threats of suing the flock they are supposed to be serving. The logic is simple but absolutely vile.  Why preach on tithing and pass the plate, when your church can take everything you’ve got by force?

You have two options for more information: