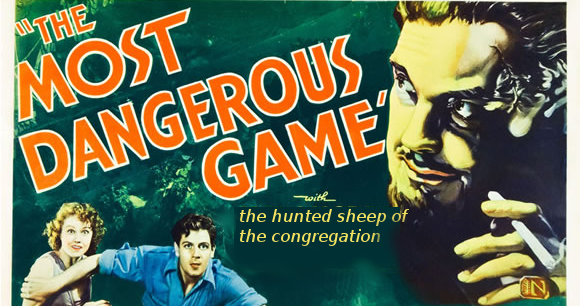 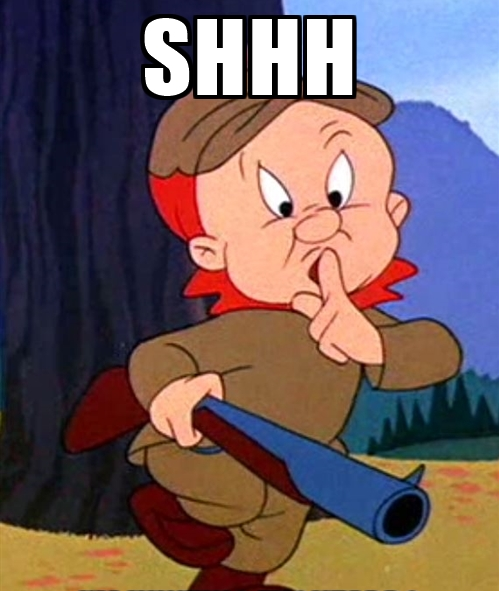 Brothers and sisters, it’s a hard reality to have to face but the day is finally here.  We are being hunted down for discipline.

Unless your head was under a rock last Sunday, you probably noticed members of the discipline committee going door to door reading a carefully prepared and edited script.  Perhaps some of your friends had no clue what was going on.  Our regular readers however, were immediately alarmed by the eerie announcement.   We have been preparing you for this occasion for 2 years.  In that time, a few have dismissed our warnings as unfounded but anyone who has taken the time to follow the evidence knew exactly what was unfolding last Sunday morning.  They’re refining the list.  They’re tightening the noose.

Now we have to approach this subject very delicately because we do not want to defame or falsely accuse any member of the discipline committee.  There are a couple of things we have to get straight:

Some members of the discipline committee are being used.  This is perhaps the most shameful act we have seen in recent days.  These men are good Christian men who happen to be overly trusting, easily influenced by flattering words, or just don’t have any of the information you do to help them make rational decisions on these issues.  They are being used to add “filler” to the committee so that it looks like a much larger group of people is on board with the agenda.  Like lemmings, they vote along with their group without giving it a second thought.  They have been fed a lie that what is transpiring is for “unity” and sent out to snatch people and bring them back to the discipline committee leaders.  On the one hand, we can say to them “shame on you.” Shame on you for not doing your due diligence.  Shame on you for not checking what you were told against scripture.  Shame on you for not even knowing what will happen to the people you bring in and lay at the feet of the discipline committee.  On the other hand though, we have to realize that they have been told to stay off this blog. Thus they were totally unprepared for the deception that has overtaken them.  They need our prayers that this strong delusion they have fallen under will be broken.  Don’t be judgmental because they have made a poor choice, but do approach them with caution.  A wrong word will get you black-listed.

The other members of the committee know exactly what they are doing and have purely selfish motives.  They are “all in.”  Some of these are being paid to do this job. Others in the group know that if they carry out these marching orders there is a good chance they will be able to secure a top position in the church hierarchy that is coming.   Just as they coaxed the other gullible members of the discipline committee to join them, they are attempting to convince people in the congregation that they “just want to talk” about YOUR problems.  Did they ever think that maybe you’re not the one with the problems?

Regardless of which friends are in which of the two categories, we need to get real about what this committee is here for.  What they told us and what they have in mind are two entirely different things.

Review what was stated in your class below:

“As the staff and deacons of FBC we are aware that a few of our family members have taken issue with current or former leadership style, directive, and decisions. If you have any such concerns regarding this we are asking that you be willing to share your concerns with us. We would welcome the opportunity to listen.  We have a meeting taking place on Tuesday, August 23, at 7:00 PM in the fellowship hall.”  –Discipline Committee, August 14, 2016

This staffer-led deacon sub-committee exists to “snuff out” anyone who stands in the way of the agenda of the men who want to control everything and EVERYONE in the church.  They are especially interested in crucifying your good friends at The Sapulpa Messenger.  There is one little general who has been assigned the task of finding us.  If you have any problems with anything in the church and you make these known, chances are someone will tattle on you and you will find yourself called to the office to answer questions. Once there, expect a surprisingly gentle treatment with kind flattering words in order to disarm you and get you to reveal what you know.  Fortunately our readers are too smart to fall for that.

You see, the church lords absolutely must find out who we are and shut us down because they fear what we know.   As a matter of fact we would like to address those people right now.  So listen up you handful of power hungry dishonest schemers.  Come a little closer and we’ll let you in on a little secret…  We do know a lot more than what we have published.  Good Christian men and women have broke ranks from your inquisition and shared your deepest darkest secrets with us.  We’re setting back on mountains of damning information, documents, and testimony that will blow the roof off your empire if we publish it.  You want to wrap your hands around the church’s neck and squeeze the Baptist life out of it?  Well we’ve got your number too and we’ve got no intention of letting you do that.  This church is a sleeping giant and you did a good job of kicking her in the side last Sunday.  Now the congregation has one eye on the blog and one eye on you.  We reserve the right to use the nuclear option but as Christians we will try to settle things peacefully in the meantime.

Now to our faithful readers –a warning.  We are entering step 6 of the church takeover manual we warned you about in our post on April 10, 2015.  Remember the steps are:

Step 6 is “establish new rules that will silence all resistance.”  Consequently, look for changes to the governing documents coming soon.  It is paramount that you prepare your friends for this.

Lastly, what is the reason for the advancement of the discipline committee? Here is our honest opinion.

We believe some are motivated by laziness.  The goal for them is to take charge of the entire church and then give themselves the day off.  This apathy is apparent in the lack of preparation for their duties, the unethical theft of material, and the cancellation of  programs and services that reduce their primary job responsibilities. 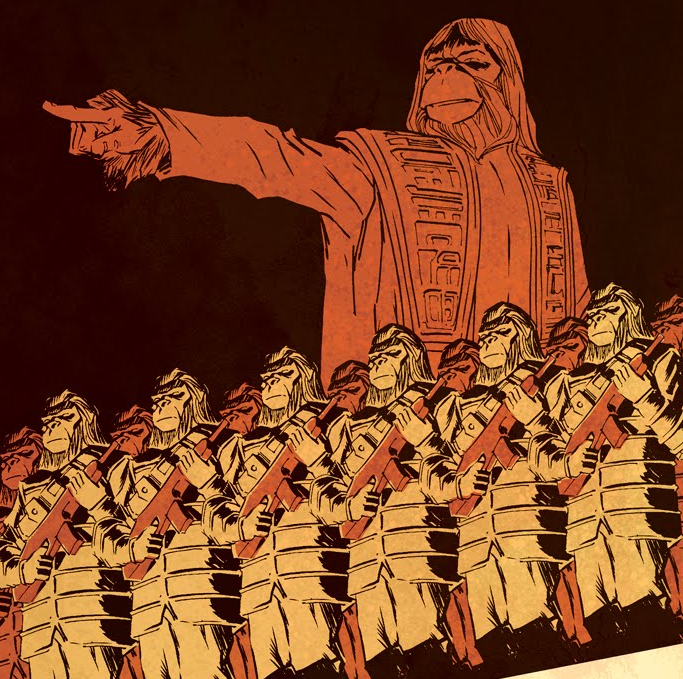 Others have a lust for control.  They want everything you think and do to be done in their will. They want to control what you talk about in your classes and in your homes.  They want your trust and undying loyalty.  In short, they want to be your god.

Lastly, some are looking to expand their business influence in Sapulpa.  To them, the church is a chamber of commerce of sorts.  While we’re quick to cut programs for seniors, children or evening services, we’re fine with using church funds to wage political campaigns for various school board members or promote commercial ventures for friends.

Unfortunately these things are common in Baptist churches and have been for many years.   A few lazy employees and a good ol’ boy club is nothing new.  We’ve hit these snags in our own church in the past and did what was necessary to get back on track.  What is different today is that the mechanism itself that we have for keeping this behavior in check is under attack.  Our fundamental Baptist principals, things like congregationalism, are being stripped away in order to remove the church’s ability to take corrective action when needed.  An elder controlled church enforced with the terror of church discipline is the perfect system to institutionalize corruption and abuse, and it can only be done with a new set of governing documents.

These schemers must convince you that they have God given authority over the church and authority over your life.  This is contrary to scripture and contrary to Baptist theology.  If this agenda is so good and so biblical then why has it been kept secret for so long?  Why in the world would we remove all accountability and congregational oversight at a time like this?  How can they get the church to buy into this?  You have to be re-wired and it is well underway.

It started two years ago at home groups where elder-control church polity was ingrained into some impressionable young minds.  Then the reprogramming process started with the deacons when disenchanted Calvinist Ronnie W. Rogers was brought here to make the case for elder control, subservience to the “new” apostles/pastors, and church discipline. These 3 Calvinist teachings are vital. Though there hasn’t been a 100% buy-in, it looks like it’s time to take the brainwashing to the next level anyway.  We expect to see a non-Southern Baptist Sunday School curriculum brought in and taught church wide soon.  This material will pave the way for the new Constitution and the new Contract.

Make no mistake, the purpose of Tuesday’s meeting is to refocus on steps 1 and 2 of the church takeover manual.  “Identify those who are resisting the change” and “assess the effectiveness of their opposition.”  We’re not discouraging anyone from following their conscience on this matter but just know that if you show up and complain on Tuesday, you will be identified.  Once you are identified you will be marginalized (step 4) and vilified (step 5).  If you balk at this abuse you will also be lied about.  (The list of people who have been lied on has now grown to a staggering number.)

So Tuesday it looks like everyone gets one last chance to come forward and turn themselves in.  “Give yourself up and pledge your loyalty to the church lords.”  This notion is ludicrous.  Now more than ever people are waking up and pushing back.

Now it’s time to get involved.  You can’t sit silently while your friends are hunted down like game.  Study our Baptist past, keep a keen eye on the troubling future, and make sure your friends do the same.  (If you want to sign someone up for this blog you may use this link.)

Remember, this Sunday is round-up Sunday.  Following that, for the “grumblers and complainers” Tuesday may be a round-up day of a different sort… 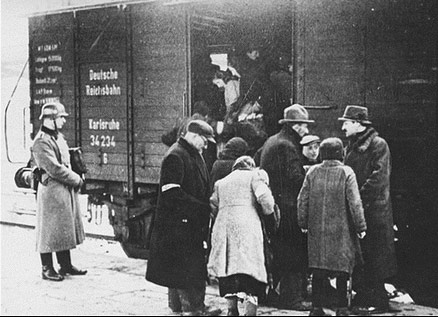 You can’t say we didn’t warn you!