[ Editor’s Note: At the request of some, we had agreed not to begin publishing these examples for 1 year. That agreement has expired. In this post we have displayed a sermon written in 2010 beside something written in 2015 by a paid staffer at Sapulpa. Sadly, the results speak for themselves. We are told, but have not confirmed that the sermon bandit himself was confronted with these allegations along with others and it was quietly swept under the rug. We can’t positively say if the pastoral needs ministry team was informed or just some staff. Consequently we are not accusing deacons or staff of hiding this because there is probably at least one innocent party. It’s best if you ask them yourselves. At any rate, it’s time for the common folk in the church to see what level of integrity a 6 figure salary will buy.

These were written 5 years apart. Both sources have been documented. One is the church at Sapulpa, the other is not. Compare them side by side and determine for yourself if the similarities are mere coincidence or if one was intentionally and strategically modified to hide the fact that it was stolen. We have a lot of school teachers out there so we’d like to hear your opinions on this as well. 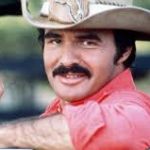 Today, 6-18-2016, we are also a lot closer to fulfilling our warning that church discipline is used as a tool to silence whistle blowers. The discipline committee is meeting today comprised of men who will be testifying against some of your fellow church members for their unwillingness to come follow the orders of the plagiarizer in chief. Some of these are local businessmen with a lot of influence (money) and interested in being elders at the expense of others.

They have started with a small number of victims but we expect the list to expand to anyone who refuses to bow and follow orders. For some reason theft of copyrighted material and repeated lying from the pulpit doesn’t seem to be sins that have consequences. We contend that these sins be confronted first before an attempt to cast the speck out of others’ eyes is made. We believe that Jesus had something to say about hypocritical judgment in Matthew 7:1-3. ]

Side by Side, You Decide

“The Pain of Unconfessed Sin”

“The Weight of Unconfessed Sin”

How many professing believers will be in church today, singing in worship, or sitting in the pews hearing the word, all the while dragging around a host of unconfessed sins?
How many professing believers today standing in the pulpit, singing on the worship team, or sitting out in the pews lug around a host of unconfessed sins?
Week after week we come together to exalt God, but we are weighed down, our spiritual backpacks crammed with all sorts of idols and other hidden sins.
Week after week they assemble together to exalt God, but they are weighed down, their spiritual backpacks crammed with all sorts of idols and other hidden sins.
Laziness, lying, bitterness, anger, adultery, pornography, drunkenness, gossip, lust, unforgiveness, unbelief, PRIDE.
Pride. Rebellion. Unbelief. Bitterness. Anger. Unforgiveness. Laziness. Lying. Greed. Envy. Gluttony. Gossip. Lust. Adultery. Fornication. Homosexuality. Pornography. Masturbation. Drunkenness. Substance abuse.
All works of the flesh deprive our soul from inheriting God’s Kingdom (Gal. 5:19-21). Then why is it so hard for us who call ourselves Christians to confess our sins and repent of them?
Any of these works of the flesh can rob a soul of his inheritance in God’s Kingdom (Gal. 5:19-21). So why aren’t many who profess the name of Christ quick to confess their sins and turn away from them?
How many of us as Christians have become comfortable with just carrying around our pet sins?
Some of these “Christians” have actually become accustomed to carrying around their pet sins.
It is so sad that many so-called Christians are nothing but religious actors playing the part, so arrogant and content with their walk, or lack thereof, with the Lord.
Their complacency shelters them from the convicting voice of the Holy Spirit. Who is warning them to repent.
Sadly, these religious actors have become so smug and content with their walk with the Lord and their lives in this world that their extreme complacency shields them from the gentle, convicting voice of the Holy Spirit warning them to get their sin out.
The saddest element is the fact that they are obviously simply satisfied with their current spiritual progress, seeing no need to repent.
Obviously quite satisfied with their current spiritual progress, they don’t see their need to repent,
They have grown accustom the extra weight of their sins. To which has decayed their walk with Jesus Christ. We have whole congregations filled with lukewarm professors.
nor do they even detect the weight of sin which has stagnated their walk with the Lord. They comprise a congregation of backslidden and lukewarm professors.

–Delivered 2015 at Sapulpa. Available online at the church website HERE. [Note: this evidence has been removed by the church but an archived copy is available HERE. ] 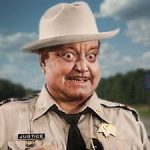 The Discipline Committee would do well to ponder this:

“You shall not bear false witness against your neighbor.” –Exodus 20:16

“For with what judgment you judge, you will be judged; and with the measure you use, it will be measured back to you. And why do you look at the speck in your brother’s eye, but do not consider the plank in your own eye?” –Matthew 7:2-3

More unconfessed theft to come in future posts on the private blog.